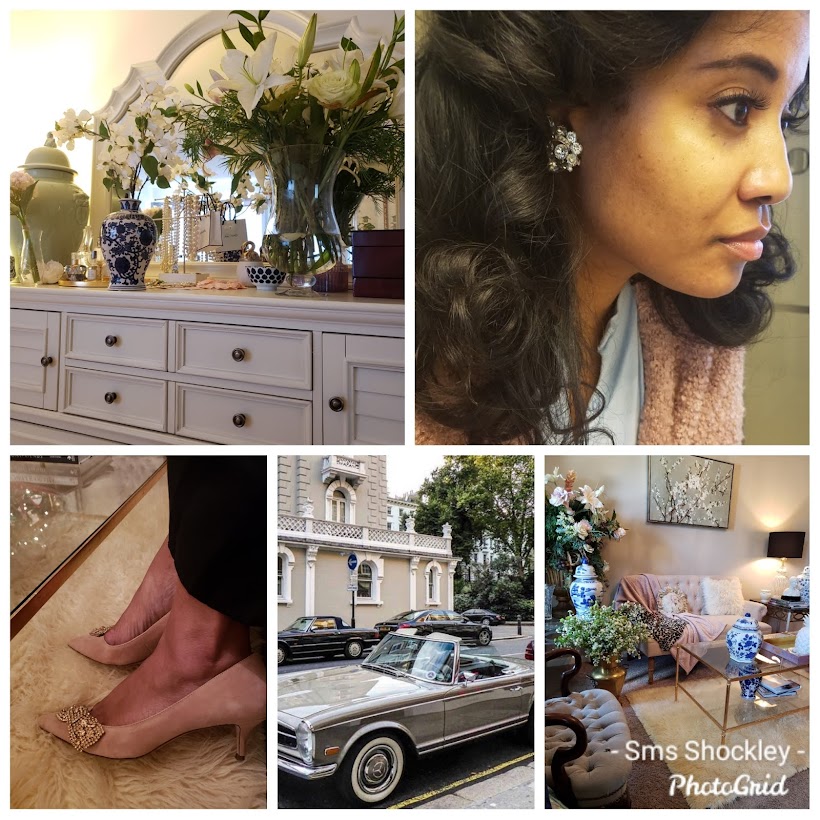 Our Visit to the African American History Smithsonian

While in D.C. we finally managed to get tickets to the National Museum of African American History and Culture. My husband got up early that day (before 6:30 a.m.) and managed to get 4 tickets. When he went back on the website to see if some were still available (literally a minute later) it was sold out!

We were astonished that we were able to get tickets! It was a complete blessing and we know it. 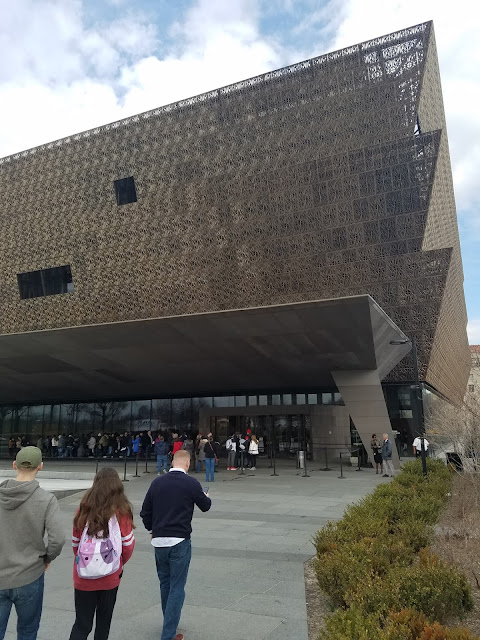 Heading to the entrance. The outside looks like a work of art too! 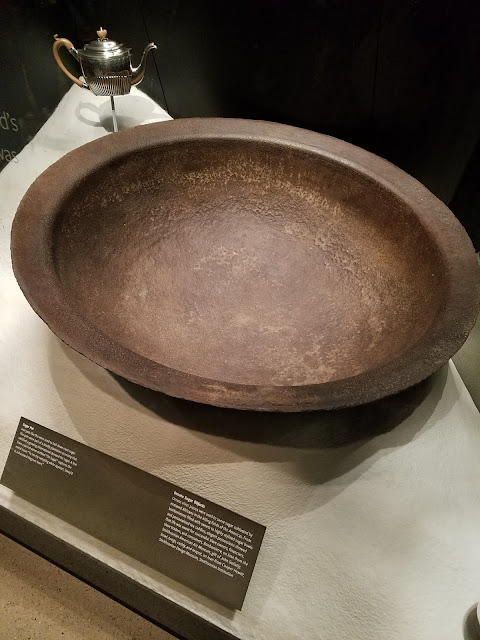 Sugar pot- iron pots like this were used to boil down sugar cane. 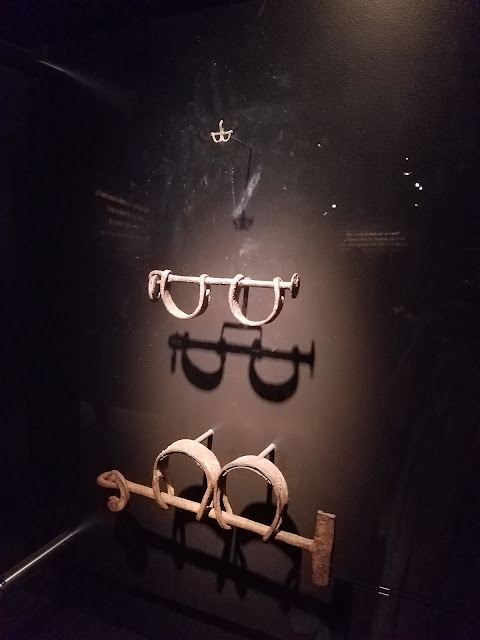 Now this particular display hurt my heart. These are shackles that the slaves wore and they even had a pair for infants. Words can't describe how my heart grieved seeing this. 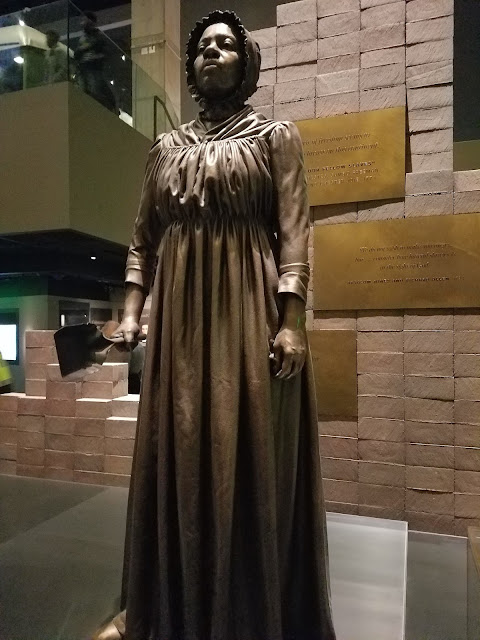 This is Elizabeth Freeman and she was the first to successfully sue for her freedom in the nation. 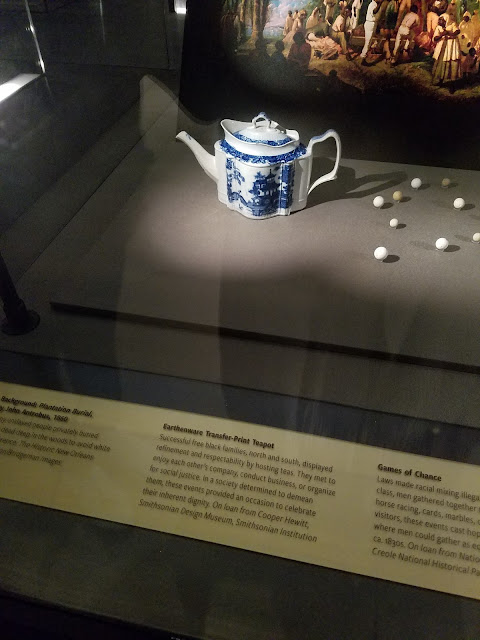 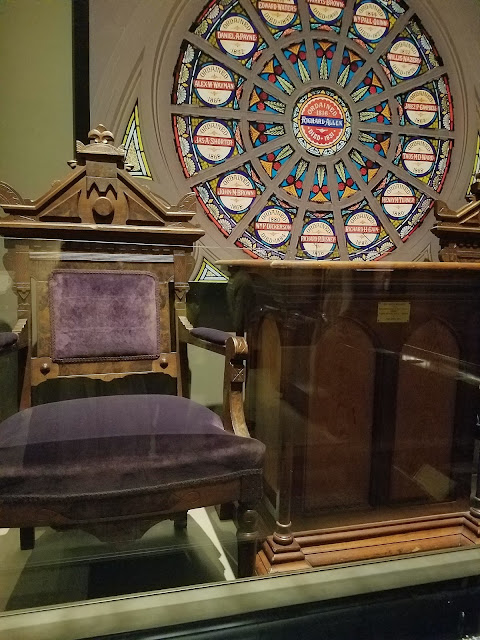 Many African Americans defined freedom as the ability to choose their religious faith and practices. 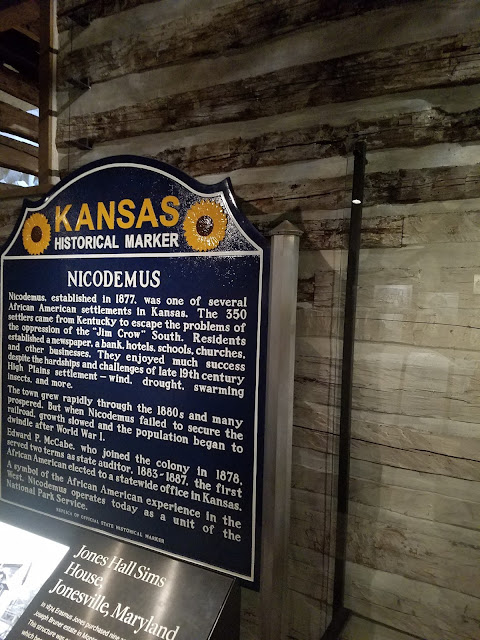 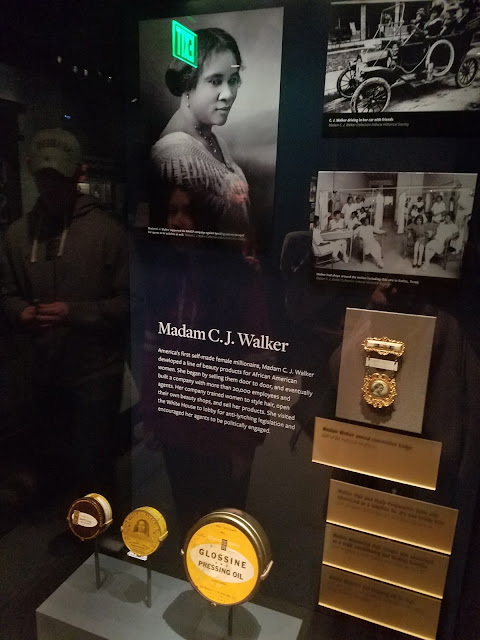 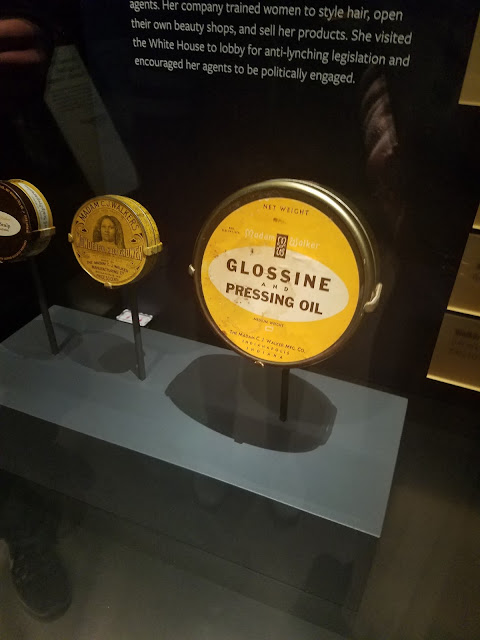 Some of her pressing oil. 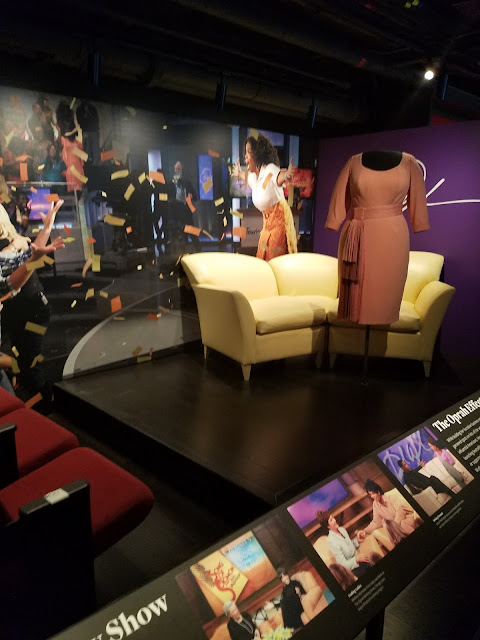 This is Oprah's display. That dress is what she wore on the last episode and the couch was from her show along with the audience chairs. 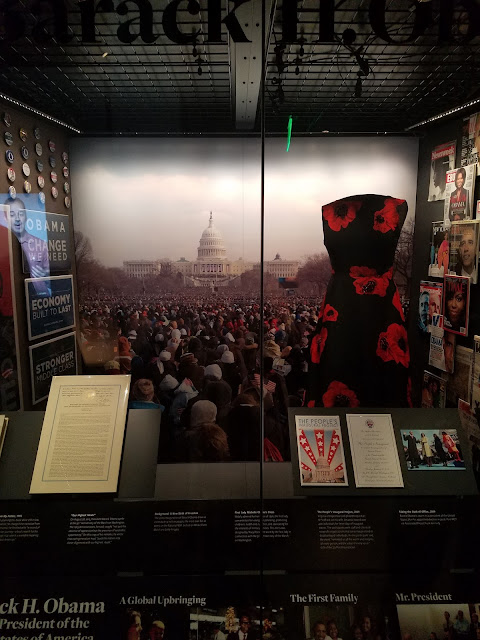 This was Michelle and Barack Obama's display. This was Michelle's dress that she wore on the day he won the election. It was filled with newspaper articles and everything historical about this moment. 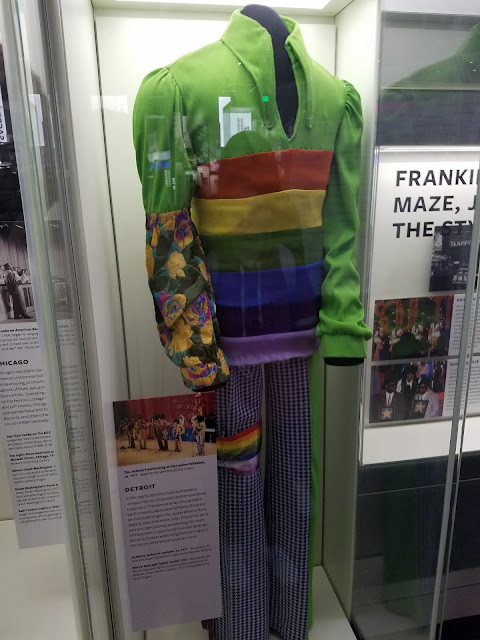 This was Jermaine Jackson's outfit (1971) from the Jackson 5. 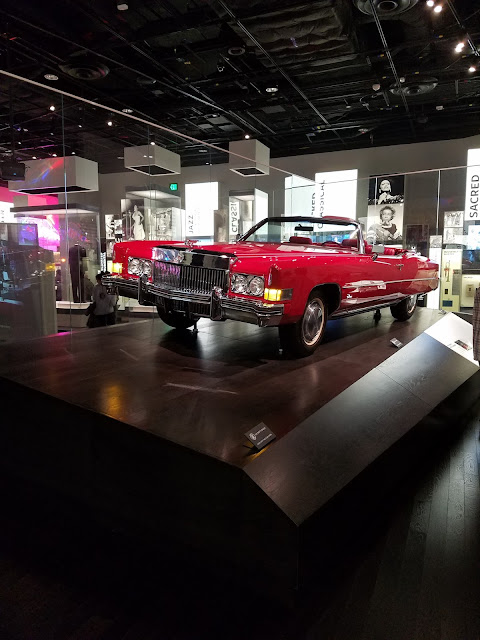 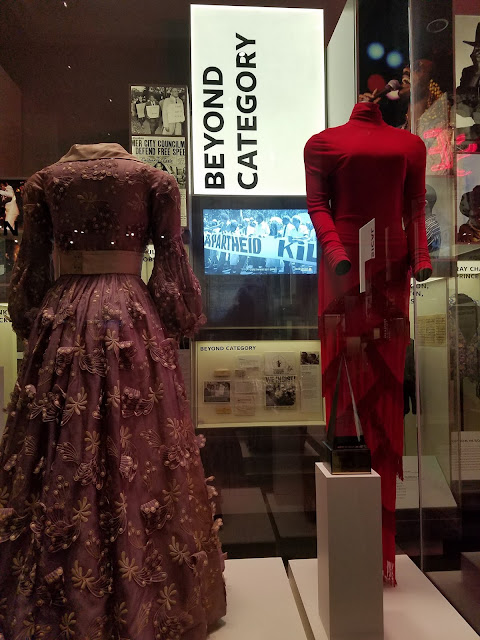 The red dress is Whitney Houston's. She wore it in 1997 to the 21st Annual American Music Awards. 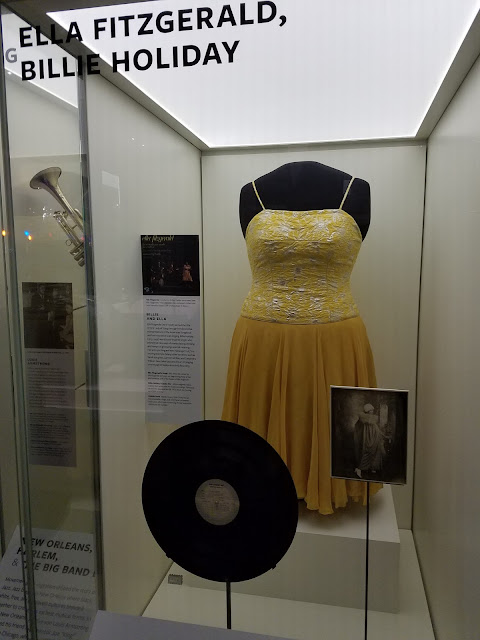 I adore Ella Fitzgerald! I have several c.d.'s of hers and I even have an "Ella Fitzgerald" radio station on my Pandora. This dress was worn by Ella during many of her performances. 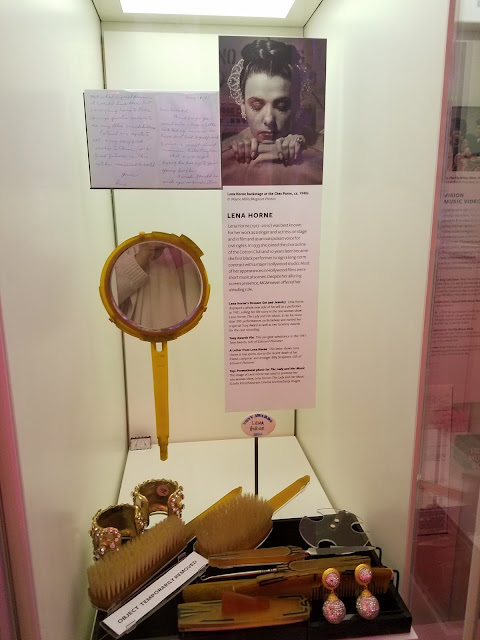 Another beauty that I adore, Lena Horne. This was Lena's dresser set and jewelry. 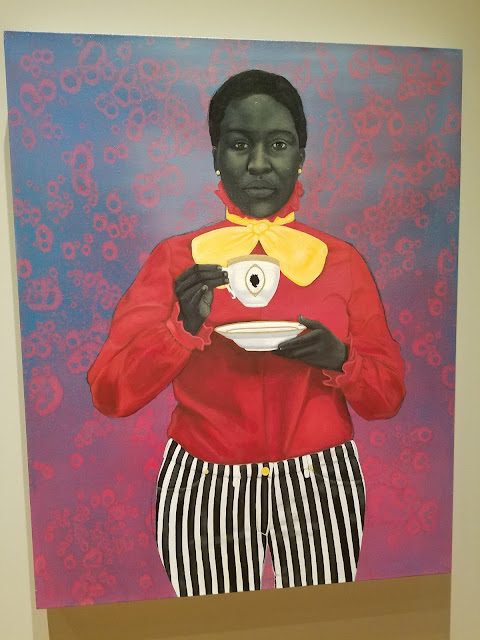 And last but certainly not least is this painting by Amy Sherald. I love the colors! It has been said that Amy's painting quietly invites the viewer to contemplate a variety of subjects, including race, class, identity, and self-acceptance.

There was so much at this museum that I could not take pictures of everything. I wanted to enjoy it with my family so I only took a few. I wanted to be able to absorb the moment. We also had lunch at the cafe/ restaurant that was at the bottom floor of the museum.  I must say I loved the buttermilk fried chicken!

If you ever visit Washington, make sure to put it on your list.